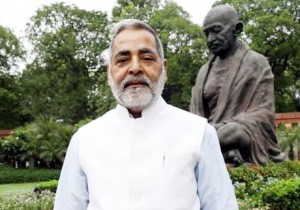 NEW DELHI, 27 August, 2020 – Taking a strong exception to the alleged hate speech targeting Muslims in the civil services made by Sudarshan News Editor-in-Chief Suresh Chavhanke, the All India Minority Front (AIMF) has demanded his immediate arrest.

In a press statement, the party leader SM Asif demanded action against Chavhanke for the teaser of the report, which is scheduled to be aired Friday.

The AIMF chief said it amounts to “hate speech” and questioning a constitutional body like the Union Public Service Commission (UPSC), which selects the civil servants.

He said, “This is horrid communal attack directed at Muslims and specifically towards Muslim candidates appearing for the UPSC exams, clearing them, and joining the All India Services.”

“Attack like these not only create an atmosphere of fear and bothering among young Muslim youth but also deter them from appearing for the country’s top examinations and making a career out of serving India and its people,” he claimed.